My last day of student teaching, I asked the students to fill out a short survey asking them about their favorite and least favorite activities or lessons from the marking period.  During our last classes, I distributed these surveys and asked students to take 5-10 minutes to fill them out.  In part, I wanted to see the survey results because I believe that students’ favorite activities are also the ones they’ll be most engaged in and make them more receptive to learning the skills I’m helping them develop.  That being said, one important question to consider is how much should student enjoyment factor into planning lessons and activities?  I do think, as mentioned above, that student interest is a vital part of increasing student learning, but are there some skills students need to learn that they just don’t like practicing no matter what form the lesson takes (e.g. public speaking)?  It’s a big question that doesn’t necessarily have a “correct” answer, but it is something to think about both while viewing these survey results and more generally when planning.  The other reason I wanted students to take this survey is that we developed a new curriculum for the marking period I taught, focused on the Holocaust and Elie Wiesel’s Night. I felt it particularly important to get feedback from students since this was the first year for many of these lessons.  Note: At the bottom of this post is an appendix with descriptions of each activity and lesson. 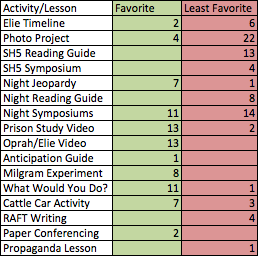 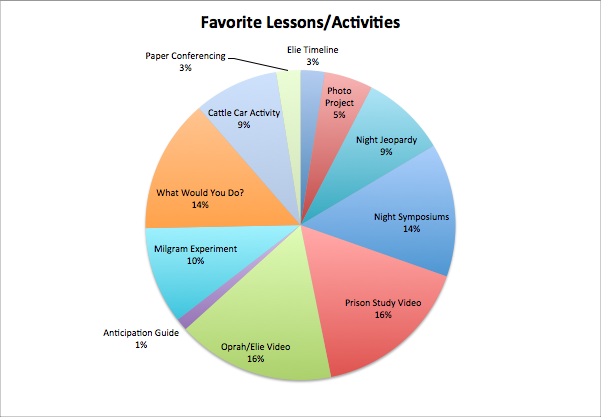 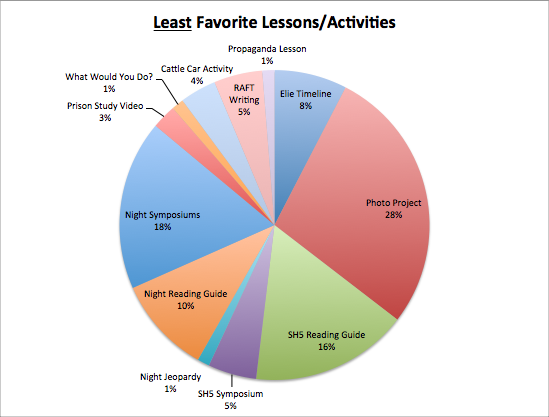 What stood out to me first is that there were some strong reactions to the symposiums, both positive and negative.  I think this relates to the fact that some students enjoy having the opportunity to discuss texts with peers, but for some, public speaking is such a daunting task that they couldn’t get comfortable in the symposium format.  Either way, the symposiums led to some great discussion and critical thinking, so I would definitely do them again in the future.  Other standout favorites include the Stanford Prison Study lesson, the Oprah and Elie interview, and the What Would You Do? roles lesson.  All of these activities were supplemental to the text, which gave students more ways to access the material and gain a deeper understanding.  The most commonly listed as least favorites included the photo project and the reading guides.  In retrospect, the way the photo project was presented to the students might have made it overwhelming; there are many parts to it, so it might have been better to introduce each part individually, instead of giving it all to them at the same time.  As far as the reading guides, in the future I would like to come up with more novel, interesting ways to assess student learning on the texts.  Reading guides often seem to be very dry, and many students noted that the reading guides were more of a chore than they were actually contributing to their reading comprehension.  Overall, the results were similar to what I expected, based on student engagement during these activities.

As always, I greatly appreciate your feedback, whether in the Comments section or via email! 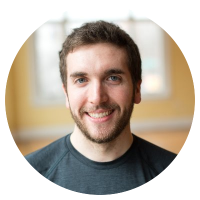